Not quite an art show, not quite a surf contest, it’s a bit of both.

CARLSBAD, CA – April 12, 2018 — Over a dozen surfing artists from both coasts of the US will gather on the beach near Carlsbad, CA on the morning of May 12, not to show their “surf or ocean inspired” art in a gallery, but to actually go surfing and then create art on the beach immediately afterwards in an informal juried competition hosted by the San Diego Surf Film Festival.

This year’s event will take place along the shores of Carlsbad State Beach, with the main surfing portion taking place from 8-9am, followed by an open-air art session from 9am-1pm where each artist will create one work of art from start to finish on the sand. In keeping with tradition, the official artist of the San Diego Surf Film Festival, Wade Koniakowsky, has been nominated (and agreed) to be the judge for this year’s event. “I’m really looking for art that tells the story of this gathering… or good bribes, it’s not like they pay me for this gig,” said Koniakowsky when speaking of this year’s judging criteria. All are welcome at this free and open-to-the-public grassroots gathering where interaction with the artists is encouraged.

California artist Matt Beard began organizing these semi-competitive events 3 years ago, in conjunction with the San Diego Surf Film Festival. “Art shows featuring surf-themed art have become commonplace all over the world, but they are often held indoors and sometimes nowhere near the ocean where the artists and public alike stand around wearing things like… shoes,” said Beard while explaining that the Expression Session Invitational was created to remedy this situation and put these artists and their fans together in an environment more appropriate to their shared theme. 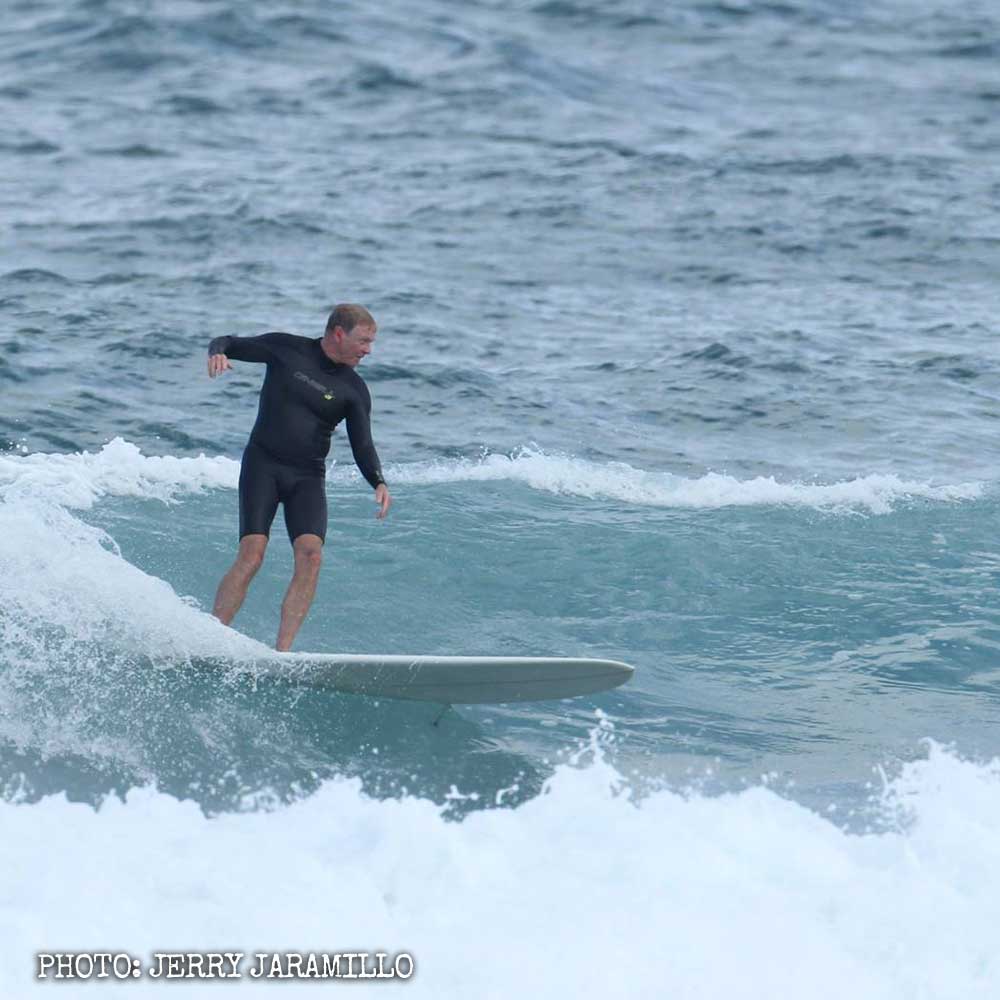 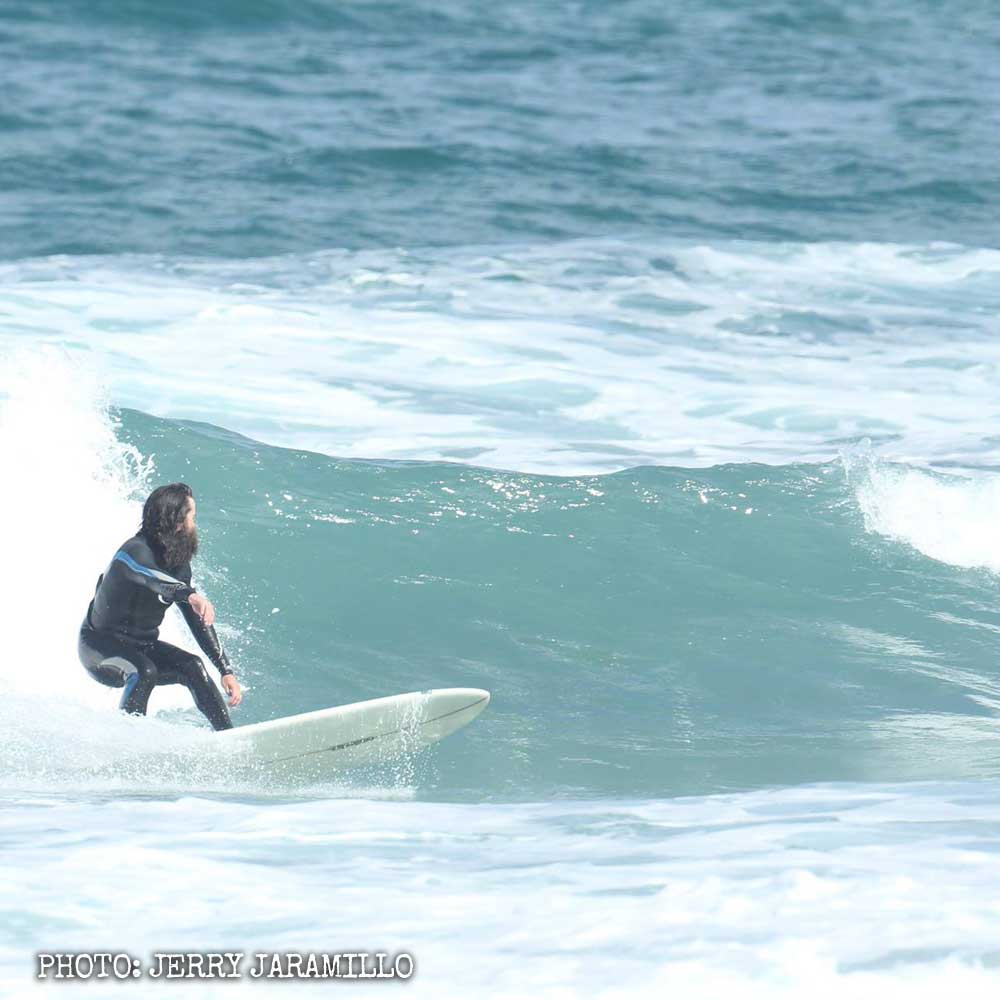 Event creator Matt Beard banks off the bottom of small wave at Scripps Pier during the 2016 event.  Photo: Jerry Jaramillo 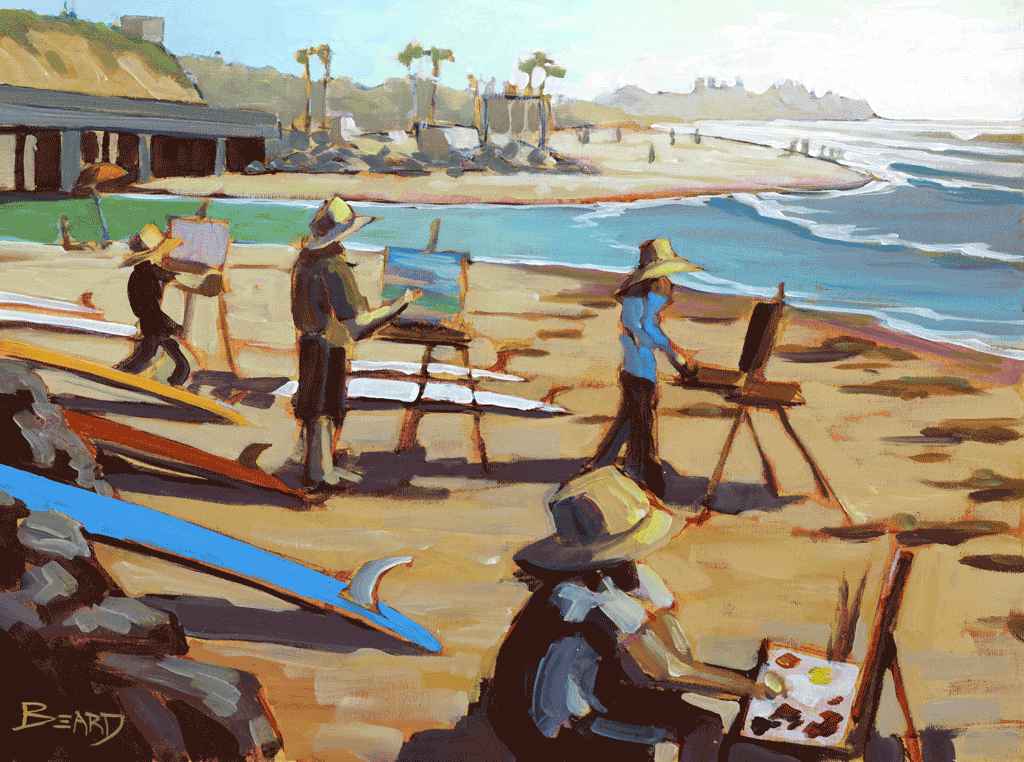 “My People” 20×16 acrylic on canvas artwork created on the beach near Cardiff reef by Matt Beard at the 2017 event. 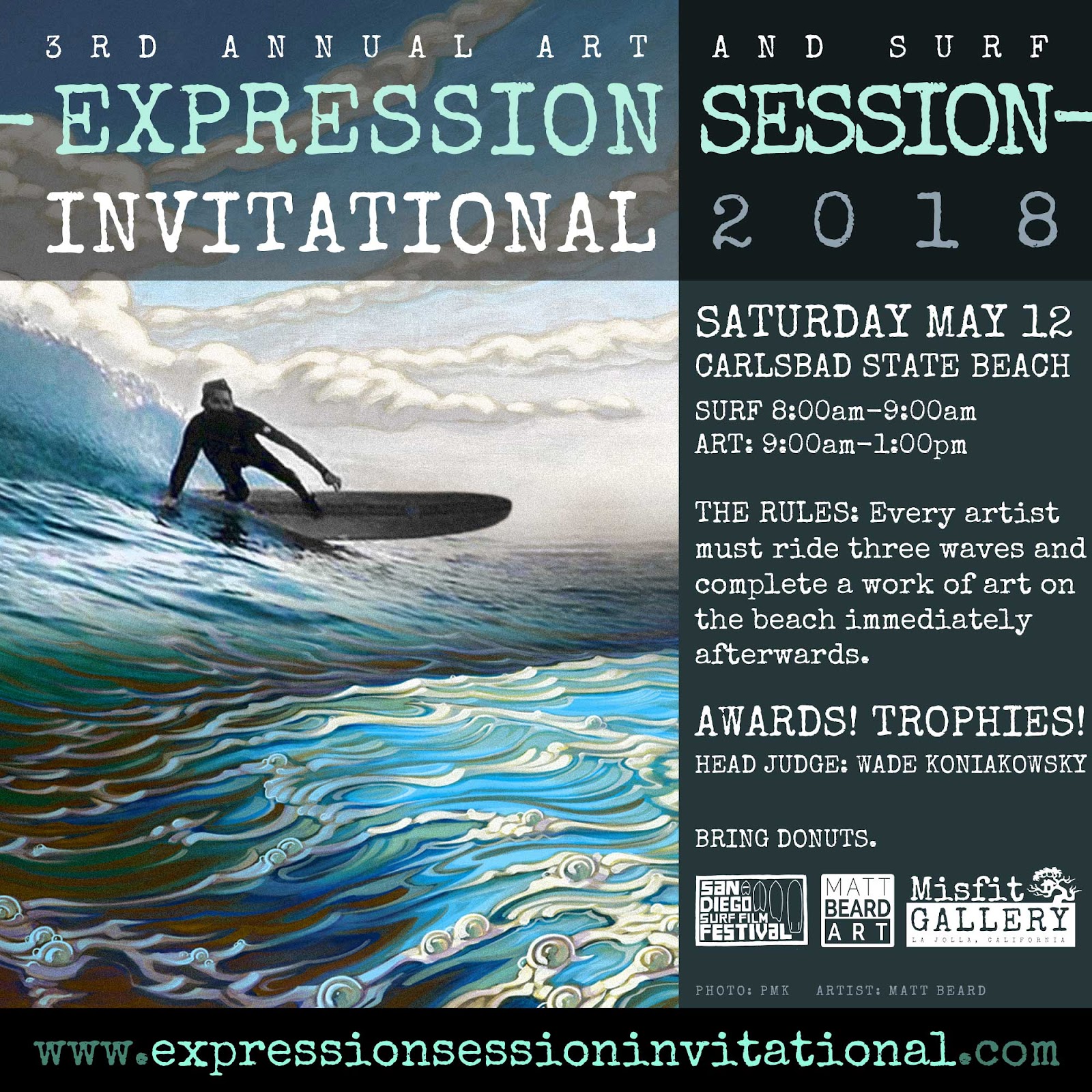 A combination of artwork and surfing by Matt Beard featured on 2018 Event Promo Image.  Photo by Pierce Michael Kavanagh

About Matt Beard. Raised on the shores of southern California but having lived his entire adult life in the far north of California behind Humboldt’s Redwood Curtain, Matt Beard considers all of California to be his home. He makes regular trips across the length of the state to make his art, attend shows, and test the 8-hour horizontal comfort level of various living room couches up and down the coast. His favorite San Diego events are the Boardroom International Surfboard Show in Del Mar, the San Diego Surf Film Festival in La Jolla, and the Luau and Legends of Surfing Invitational at Scripps Pier. He has created artwork for all of these events and looks for opportunities to organize unique events on the side as a way to connect with artists that he respects and admires.

Creator of the Expression Session Invitational